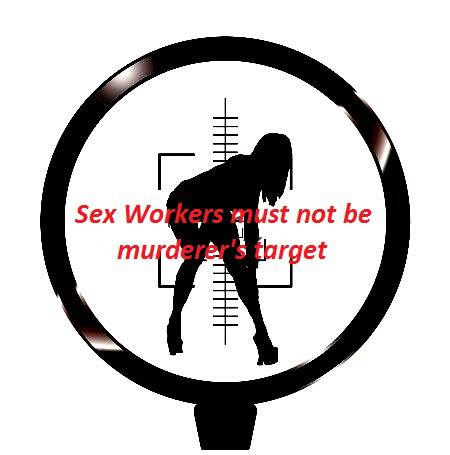 International call for Justice for Jasmin and Dora

Sex workers must not be murderers’ target

The International Committee for Rights of Sex Workers – ICRSE summons all its members, organizations, sex workers and their supporters to come together and raise their voice against the recent murders of Jasmine and Dora, the violent assault on Ela and all violent attacks against all sex workers worldwide. In just a few days last week, two sex workers paid the price with their lives for the ‘sin’ of being a sex worker. Nowadays, Turkey and Sweden seem to be the two countries towards which all sex workers’ eyes are focused on, countries in which numerous sex workers and their supporters used to find a safe haven, but sadly not anymore. Not after the death of Jasmine and Dora, not after what happened to Ella.

The call is sent to all friends and supporters to protest against the transphobia which results in several violence in Turkey and worldwide. Dora is a transsexual sex worker who was murdered in Kushadasi, Turkey, last week. Ella is transsexual sex worker as well who was shot just a couple of days after Dora’s murder. Ella did survive the violent assault, however, there are medical indications that she could entirely lose the mobility and function of the arm she was shot in. Dora has been the 31st victim of violent and lethal assaults in Turkey since 2008.

The Swedish model, by which sex work is regulated in the country, deprived Jasmine of her parental custody over her children defining her as a parent engaged in prostitution who is unable to provide appropriate care for her children. The social workers and the State of Sweden simply refused to hear Jasmine out. Why hold a hearing for a prostitute who does not even know what is good for herself? The custody for her children was granted to her husband who in turn deprived jasmine of her life. So, what did Sweden do today? Passed the children into the hands of a murderer! This criminal system cost jasmine her life.

Sex workers are being killed in all European states and around the world. Their lives are viewed as less significant in comparison to everyone else’s. The states seem to approve of the stigma, discrimination and all criminal acts against the worthless and powerless.

Peaceful protest, demonstrations and other activities will take place in many countries throughout the world on Friday, July 19th in front of Turkish, Swedish, Italian, and other diplomatic residences and offices.

The Association for Support of Marginalized Workers STAR-STAR as a member of the International Committee for Rights of Sex Workers – ICRSE responds to the summons by organizing a peaceful gathering to symbolize the solidarity with sex workers who are targeted by murderers. The gathering will take place on Friday, July 19th in front of the Swedish Embassy in Skopje premises.

The Swedish and Turkish authorities are obliged to come up with suitable mechanisms to protect sex workers against all shapes and forms of violence including violence triggered by sexual orientation and freedom of choice of profession.